One of the scientists using Sercon’s ABCA2 at Southampton General Hospital is hopeful the technique he has developed will help in the prevention of liver damage and type 2 diabetes in a world where obesity is causing ever more health problems.

Dr Paul Afolabi, who works in the hospital’s medical research department, has been using the ABCA2 to detect the early stages of liver damage caused by fat build up. The patient drinks a sugary drink with a 13C enrichment, which is perfectly harmless, and then breathes into a tube a few times over the next hour. The tube is connected to an IRMS, where the 13C signal in the CO2 of the patient’s breath is monitored. This simple non-invasive breath test picks up liver damage at a very early early stage, before irreversible damage has occurred and other conditions such as type 2 diabetes have resulted from excess fat in the the patient.

Dr Afolabi is hoping the technique will aid physicians in diagnosing liver damage. For more information about this technique and other applications of the ABCA2, contact info@sercon.co.uk. 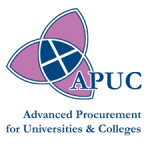 This site uses cookies. By clicking accept you agree to their use. You can find out more about which cookies we are using or switch them off in settings. You have a right to know what is happening to your data. Please read our Privacy Policy to learn about how your data is used on our site.

This website uses cookies so that we can provide you with the best user experience possible. Cookie information is stored in your browser and performs functions such as recognising you when you return to our website and helping our team to understand which sections of the website you find most interesting and useful.

Strictly Necessary Cookie should be enabled at all times so that we can save your preferences for cookie settings.